Start › You can leave your head on › Nias 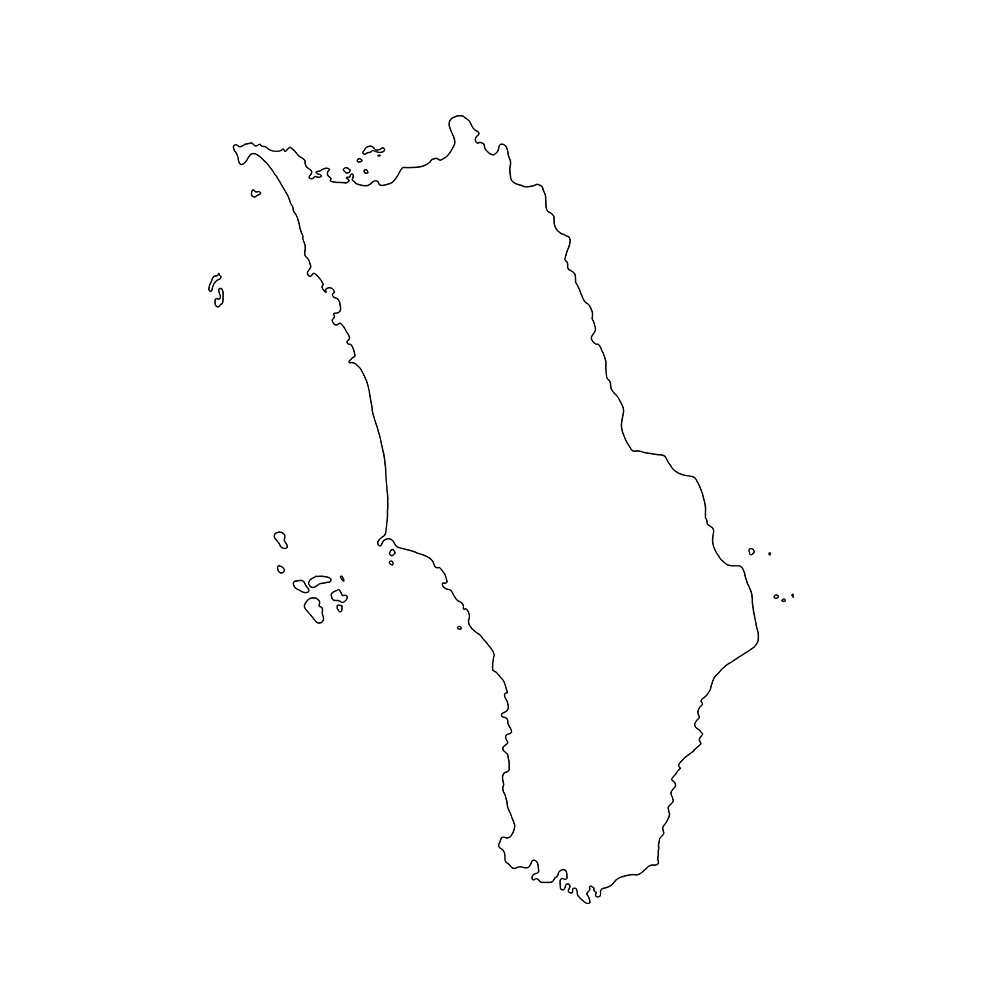 The island Nias belongs to the province Sumatera Utara, West Sumatra. It has an area of 4771 km2 and a width of 40 km. Today, Nias has about 650 000 inhabitants and is called Tanö Niha by the inhabitants – which means “land of the people”. The Niaser call themselves ono niha, “agreement of man” or “human children”. The traditional culture is called fondrakoe and is based on a traditional canon of behaviour, called hada, corresponding to the common Indonesian adat. A common language of the Austronesian branch is spoken on Nias. Due to the relative aridity of the island, the Niaser have been known since ancient times as warriors, craftsmen and fishermen rather than farmers. South Nias in particular is a tourist attraction because of its remarkably well-preserved and well-kept villages, whose spectacular buildings and streets as well as megalithic stone carvings have always attracted the attention of visitors.

Like the other islands of Indonesia, Nias has been inhabited for a long time. Archaeological research has shown that Nias has been inhabited for at least 12,000, but probably for over 30,000 years. It is likely that the culture of the Nias is directly related to Austronesian Neolithic migration from the Southeast Asian mainland. Around the turn of the century, a Metal Age-Austronesian cultural dominance can be expected (“Old Malay” in the old language). These stand among other things in the context of the migration waves, which propelled the political influence of the Han dynasty around the turn of time up to their collapse, 221 A.D.. The coasts of Sumatra and the neighbouring mainland have been an interface for international trade since ancient times. Although the waterway between Nias and Sumatra is difficult to navigate because of the frequent storms, the island is mentioned in European logbooks as early as the 16th century, after it had long been well known by Arab, Indian and Chinese sailors. Arab reports about Nias date back to the time of the Abbasid caliphates. The inhabitants lived on the fruits of the coconut tree, produced palm wine and performed head hunting, according to early sources. In 1669 the first Dutchmen appeared on Nias as successors of the Arabs, Indians and Malays.

The Nias developed an unmistakable material culture, which is expressed, among other things, in a unique monumental architecture. The traditional Nias houses omo hada, literally “house of tradition”, are among the most remarkable wooden constructions worldwide. The mighty houses of noble Niaser are characterized by high earthquake resistance and represent an outstanding engineering achievement. The main roads and important places in the villages are paved with stone slabs, so that visitors to Niaser villages are sometimes surprised by the “modern” appearance. In addition, running water through a canal system and public bathing facilities have been common for centuries. Especially in the south of Nias there are still well-preserved “showcase villages”, some of which are classified as world cultural heritage. The Niasian villages are also characterized by the megalithic structures (gowe), which can be found everywhere. Megaliths, whose erection took place on important occasions, are a particularly formative aspect of the Nias cultures, but in the past they were similarly formative and of essential social importance in other areas of Indonesia.

Occasions for its construction included important weddings or the building of a new village or chieftain’s house.

Headhunting has played an important role in the Niasian culture since ancient times. However, the term “headhunting” is very questionable and technically only partly correct, as it implies a trophy hunt. However, this is only very conditionally correct. For headhunting, as macabre and terrible as it is in its execution, is ultimately to be addressed as a form of a conception of the transferability of soul or life energy. Headhunts were carried out before important weddings and within the framework of commemoration ceremonies for the elevation of ancestral status and the inauguration celebrations for chieftain’s houses, which thereby became omo lasara, houses of lasara, the dragon-like earth deity. This also applies to those of the construction of the great megaliths. Headhunts or war campaigns that resulted in the “removal” of one or more enemy heads, however, also served to secure the cosmic order, which in mythology is described in metaphors. The head trophies were treated in different ways. Some of the captured heads were provisionally buried for later use. Some of them were exhibited in the bale, the meeting house.

The Niaser were once considered fierce warriors, feared as enemies and wanted as mercenaries. The villages were structured into strictly hierarchical warrior societies, ruled by local rulers who not only legitimized themselves by descent, but also had to distinguish themselves again and again through personal skills. Noblemen and free men almost necessarily had warrior status. Respected warriors and chiefs were called upon to reaffirm and raise their rank again and again through successful headhunting, as trophies for weddings, celebrations such as the awasa thanksgiving festivals and the erection of important buildings were of great importance and acted as protective spirits for the villages. Status insignia such as large neck rings or spectacular fetish baskets on the balato, the sword specific to Nia, proved the warriors to be successful headhunters.

The rites de passage, the rites of passage in connection with the great themes of life, such as initiation, birth and death, occupy an important place in the social structure. Of central importance for the social structure are funeral rites. Funeral homes are given a prominent place in front of the houses on Nias. This old tradition is common in many parts of the Austronesian cultural area, such as the Batak, the Dayak, the Toraja etc. and is still maintained by the majority of the Christian Niasans. Freestanding wooden sculptures of human form are called adu on Nias. Adu have essentially the function of a mouthpiece into the sphere of the ancestors. Their significance is not in the figures themselves, but in the fact that they can become temporary seats of the actual addressees, i.e. the astral beings, during rituals. 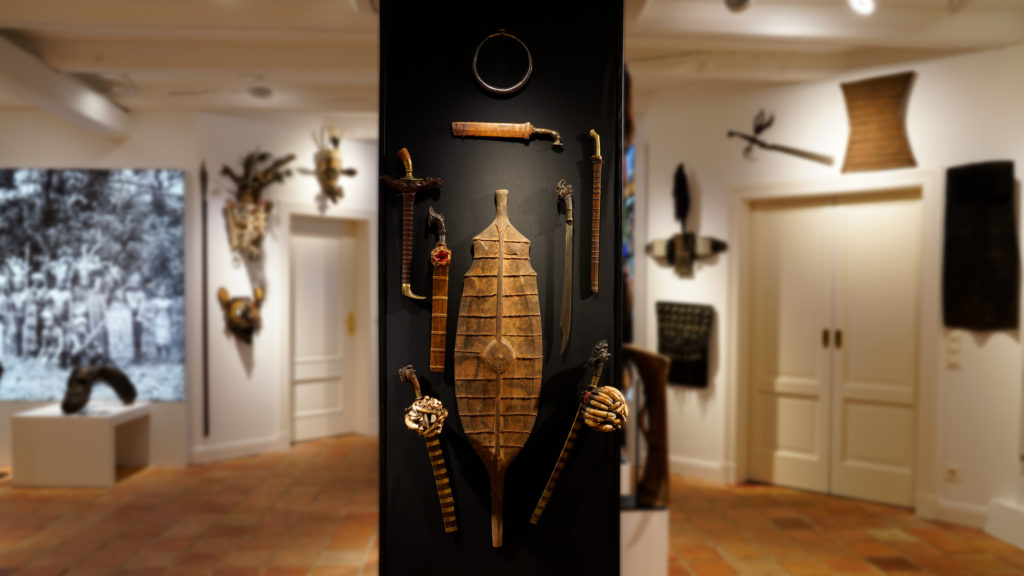