Start › You can leave your head on › Moluccas 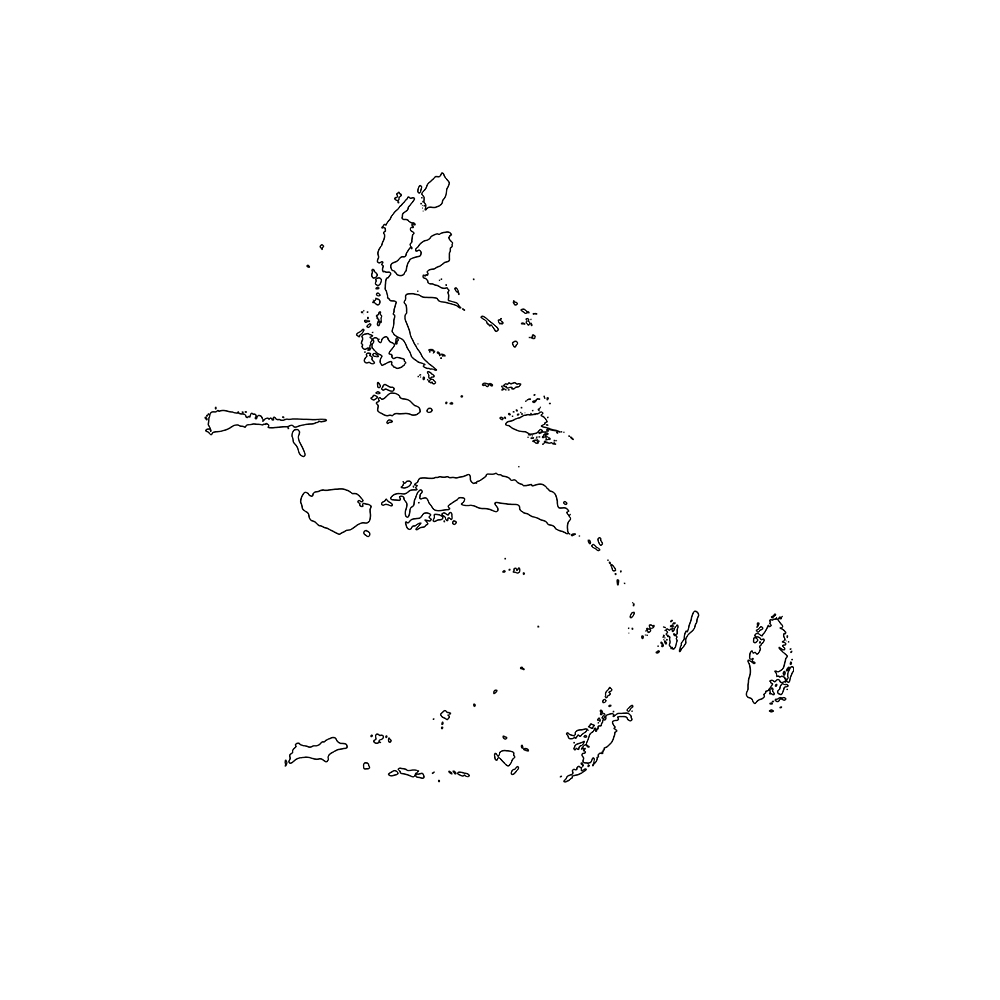 The Moluccas are an Indonesian archipelago between Sulawesi and New Guinea. The whole region covers an area of 74,505 km² with a population of 2.1 million. The capital of the region is Ambon. The Moluccan archipelago is administratively divided into two provinces, Maluku (Moluccas) and Maluku Utara (Northern Moluccas). The Moluccas are nicknamed “Spice Islands” because spices were the basis of a profitable trade. The nutmeg tree was endemic to the Banda Islands in the south, cloves to five small islands in the northern part. The Moluccas were already settled tens of thousands of years ago. At that time, parts of the archipelago were accessible via land bridges, as the sea level in the cold maxima of the last ice age was more than 100 metres lower than today. In the last two to three millennia B.C.E., Austronesian-speaking cultures with a Malayan habitus reached the islands of the Moluccas, which, however, are still largely characterised by the Melanesian original population. The trade in spices was already carried on by the indigenous people. Already at the turn of the century the archipelago was known throughout the Old World as a source of precious spices. The inhabitants of the smaller volcanic islands first exchanged nutmeg and cloves for palmsago from the larger islands, such as Halmahera and Ceram. The Malays and Bugis imported these spices to Java and Sumatra, from where they were further negotiated to China, India and Europe.

The first European bases on the Moluccas were established in 1512 by the Portuguese, who wanted to control the spice trade as part of the India trade from here to Europe. Until then this had been in Turkish-Arab hands. In 1529 Spain and Portugal laid down a dividing line in the Pacific in the Treaty of Zaragoza. The Moluccas were declared a Portuguese sphere of influence. In 1663 the Moluccas came into Dutch possession. During the war with Napoleon the Dutch possessions were occupied by Great Britain (1796-1802 and 1810-1816). During the Pacific War Japan occupied the islands, which became part of Indonesia against the will of the people after the war ended. In 1950 the Christian part of the population in the southern Moluccas proclaimed the independent Republic of Maluku Selatan. The secession attempt was suppressed by the Indonesian army with force of arms. Tensions between Indonesian Muslims and Christians continue to exist and repeatedly provoke violent outbreaks.

The population of the Moluccas is predominantly Malay and smaller ethnic groups. Ethnological research on these groups can be described as very poor. Melaneside and Australian features (frizzy hair, occasionally brown or even blond, and non-almond eye shape) are common. The resident population of the Moluccas was uniformly called Alfurs or Halifurs / Alifurs by the colonizers. The term referred to the ancient Malay, Melanesian or Papuan traditional culture in a broader sense. Thus, no precise ethnological classification is connected with “Alfuras”. The origin of the word has not been clearly clarified. It was derived by some researchers from the Portuguese forro (forrar) and Spanish horro (horrar), both of which are translated as “free” and go back to the Arabic harr with the same meaning. Another theory brought the article al- together with the Portuguese fora (“outside”), for example “those living outside in the forest”.

However, the word foru, fefuru or fufuru also occurs in some regional languages where it means “wild”. Furthermore, Alfuru can be derived from the self-designation of the Papuan people of Arfu in north-western New Guinea.

The second largest island of the Moluccas after Halmahera is Ceram (or Seram). The island is mountainous, covered with tropical rainforest and only sparsely populated. The mountainous interior exceeds 3000 m above sea level. The inland population cultivates the animistic cosmology, while Islam has established itself in the coastal area. Ceram is of particular ethnological importance; on Ceram, as in the other areas of East Indonesia, head hunting was common in former times. It was already severely curbed by the Dutch colonial government around 1880. An example of religious beliefs of the Patasiwa, the Melanesian indigenous population of Ceram, includes a primordial killing of a primeval being (dema), from which as a consequence the origin of crops and a world order with cyclical renewal of vitality in the context of the transmigration of souls can be deduced. The headhunting essentially means the new staging of this killing process, whereby the basis of life (tubers, sago, bananas etc., later rice) of humans developed from the killed primeval being. The initiator must also symbolically reconstruct this killing. This journey beyond the grave corresponds to the Eleusian Mysteries in the western relevant tradition in every detail. The cosmology of the Wemale and Alune, the pre-Metallic-Austronesian population of Seram, has been studied in detail by A. E. Jensen. The work of this researcher is of fundamental importance for understanding the headhunting that is (or was) known in large parts of the world by almost all agricultural peoples. 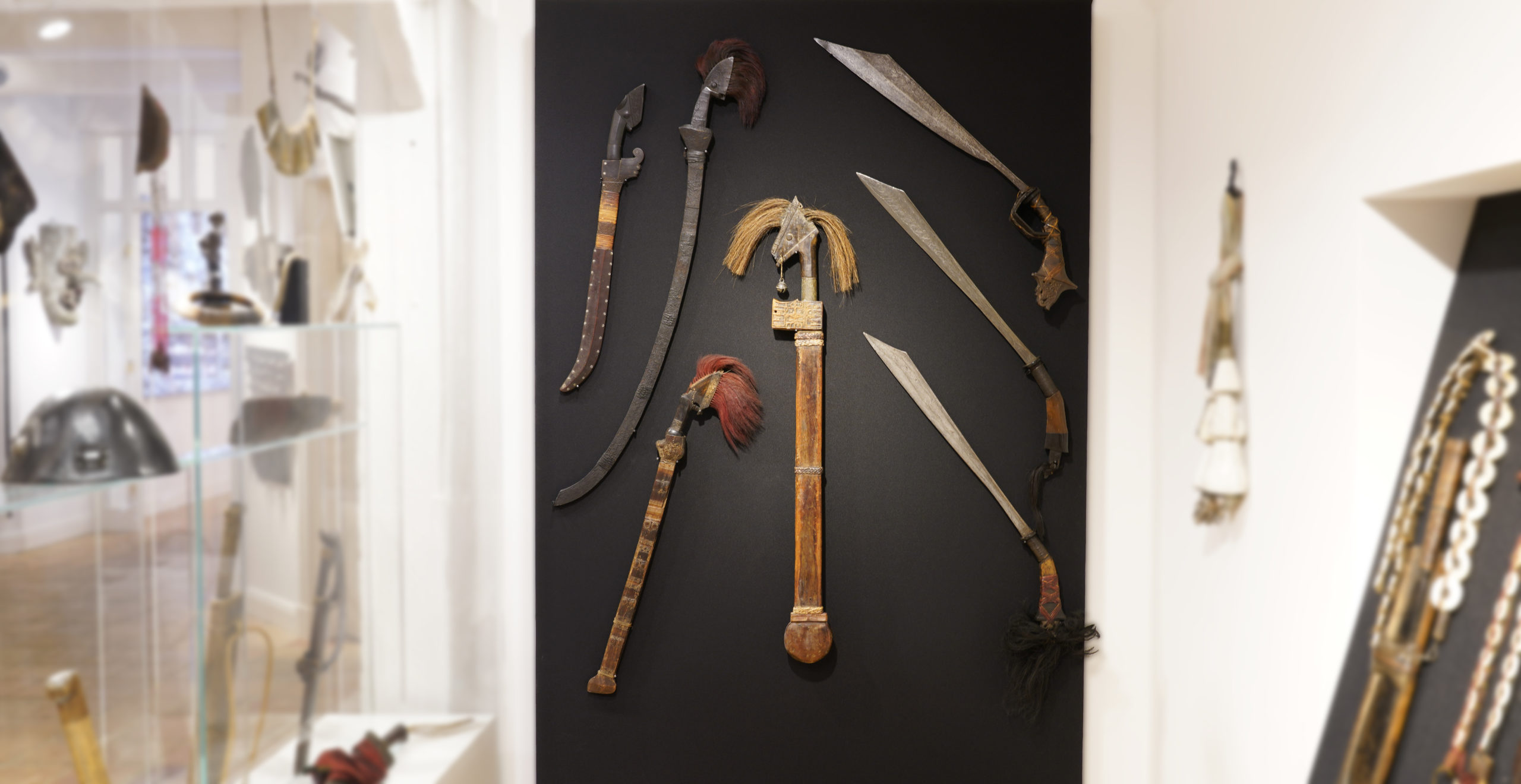