Start › You can leave your head on › Naga 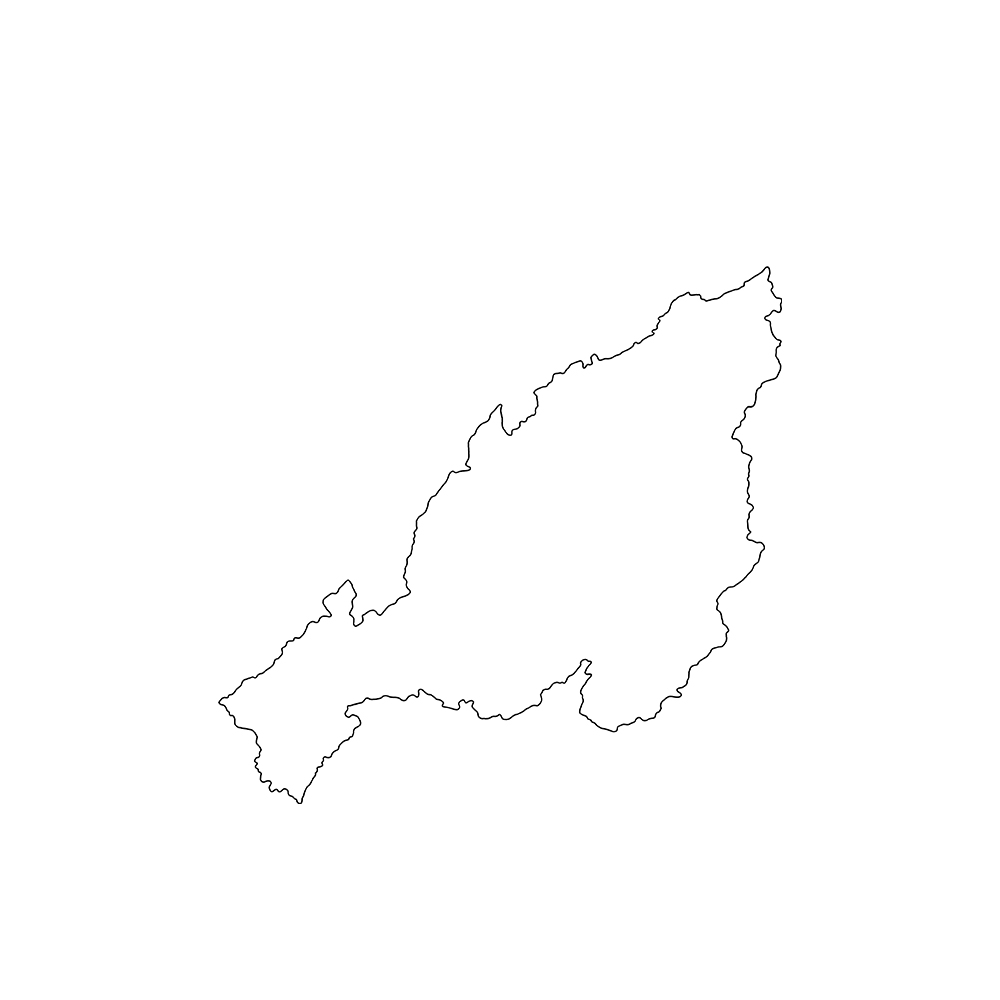 “Naga” is an ethnogenetic collective term for 32 designated ethnic groups in the “seven sister states” in the north-east of the Indian subcontinent and neighbouring Myanmar. Northeast India is an ethnically and culturally very heterogeneous area. A main cultural distinction can be made between the plains and the mountain regions. The mountains are settlement areas of the Naga people. The inhabitants of the lowlands, the Brahmaputra plain, are culturally close to the rest of India, as are the states of South Assam and Tripura, which historically can be classified as part of the Greater Bengal region. The inhabitants of these areas speak mainly Assamese and Bengali, two Indo-European languages. In contrast, the mountainous regions of north-east India, where the Naga live, have hardly been penetrated by Indian Sanskrit culture. The seven states of north-east India where the Naga live have a total population of about 50 million. A large part of the population is concentrated on the Brahmaputra plain. Assam is by far the most populous state in Northeast India with 31 million inhabitants. The Naga are to be found in the present state of Nagaland, which has existed since 1963, Assam, as well as the provinces of Manipur and Arunachal Pradesh. The main area of their settlement lies between the Brahmaputra and Chindwin rivers. A part of the minorities known as Naga also live in the Sagaing Division in the north-east of Myanmar. Their current total number is estimated at 3,5 – four million people spread over 120.000 km².

According to their appearance, languages and customs, the Naga have many similarities with the inhabitants of South East Asia. Many cultural characteristics of the Naga are for example so similar to those of the Bidayuh groups in Sarawak / Borneo or to those of the Igorot on Luzon, that it can hardly be an independent development. Linguistically there are differences. While the Indo-Malayan groups all speak Austronesian languages, a large number of small languages are common among the inhabitants of the mountainous regions of north-east India and Myanmar, most of which belong to the Tibeto-Burmese language family. Where the term naga comes from has long been a topic of discussion. One theory said that it stood for “naked”, while another suspected a connection to the Sanskrit word naga, snake. It is more likely that the name comes from nag, Sanskrit “mountain”. As with the Igorot (Luzon) and Toraja (Sulawesi), naga would then mean “people of the mountains”, who were pushed into the impassable regions by the ethnic groups and states that were pushing forward. Another explanation refers to the Ao word nok, “warrior”. Today, however, it is widely accepted that the term originated from the Burmese na ka, “pierced ear”, and refers to traditional ear jewellery made from buffalo horn tips.

According to tradition, the Naga are said to have migrated to the present settlement area from the east before the 12th century. Before Nagaland became a federal state in 1963, the region was part of the state of Assam. Assam was under the rule of the Thai-Ahom kings between the 12th and 17th centuries. These were subjugated by the Burmese, who were then defeated by the British “East India Company” and incorporated into the Empire. The oldest historical records of the Naga date from the 12th century from the empire of the Ahom kings who ruled over Assam. Much explicitly indicates that the Naga or their ancestors lived near the sea long ago, or at least had strong links with ethnic groups living near the sea. This includes, for example, the widespread shell money. Their migration can be traced step by step; the last “leap” was from Thangdut in today’s Myanmar in historical times. In the centuries after the turn of time, the Naga migrated from Yunnan southeast along the great water veins to the coasts of Southeast Asia. Between the 9th and 13th century they were partly pushed aside by the Malay and Khmer and migrated to the northwest. Other culturally related groups were displaced to Indonesia, Borneo, the Philippines and Malaysia and far into the South Seas. There are linguistic relatives as far away as Polynesia and New Zealand.

The Naga in the narrower sense never had a common empire of their own. Within the various groups, which were divided into clans (khel), society was organised from aristocratic to democratic. The forms of organisation of the society show very clear similarities with East Indonesian and Mela and Polynesian societies. For example, the bachelors of a khel lived in communal accommodation called morung. The headhunting which was once common among the Naga was related to initiation rites, and as in Borneo and eastern Indonesia, the taking of life outside the community, as documented by the headhunting, is directly related to the fertility of one’s own group. This is why the heads taken are also exhibited in the bachelor house. The traditional cosmology or worldview of the Naga corresponds to what was formerly called “animism”. The term refers to the conception of the animation of all natural manifestations. In all Naga especially the essentially shamanic idea of a “second soul”, which is connected with a totem animal, is widespread. The idea of “animated” objects is also strongly developed among the Naga.

In Nagaland, Meghalaya and Mizoram as well as in the mountainous region of Manipur, the majority of the population is now Christian. In contrast, the inhabitants of the lowland plains of Assam, Tripura and the Manipur valley are mostly Hindus. There is also a Muslim minority. The “Christianisation” of the Naga can be traced back to the early influence of British missionary activity, supported by American Baptists. The young Naga show a remarkably high interest in education out of self-interest, probably also to break out of the cycle of clan rule and clan feuds. Because the free churches used government subsidies to establish schools, also to curb head hunting, the influx was quite high from the beginning. The organisation of the schools was also very well adapted to the morung, the youth or bachelor house. Today, the Naga have the highest standard of education among all rural regions of India.

Most Naga live in subsistence farming. They practice slash-and-burn agriculture (jhum) on the mountain slopes surrounding the villages. Some groups, such as the Angami and Chakhesang, plant wet rice in terraced fields and cultivate slash-and-burn crops. The geographer and researcher H. Goldwin-Austen described the area of southern Burrail, the south-eastern Himalayas, as one of the most beautiful regions of India and the Naga fields planted there as “developed to a level of perfection never seen before”. They can best be compared with Igorot (in Luzon) and Paiwan (in Formosa) fields, which have reached a similarly high level. 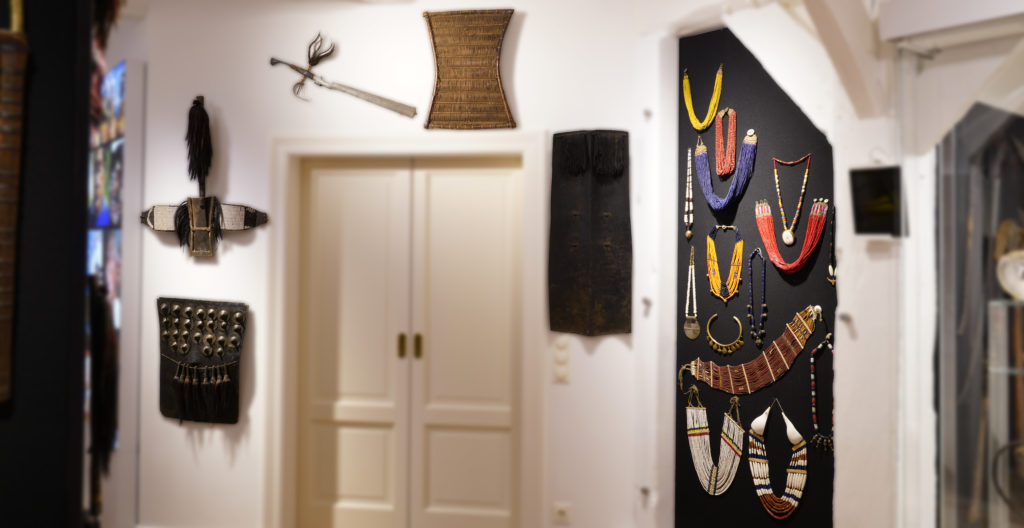