Start › You can leave your head on › Philippines 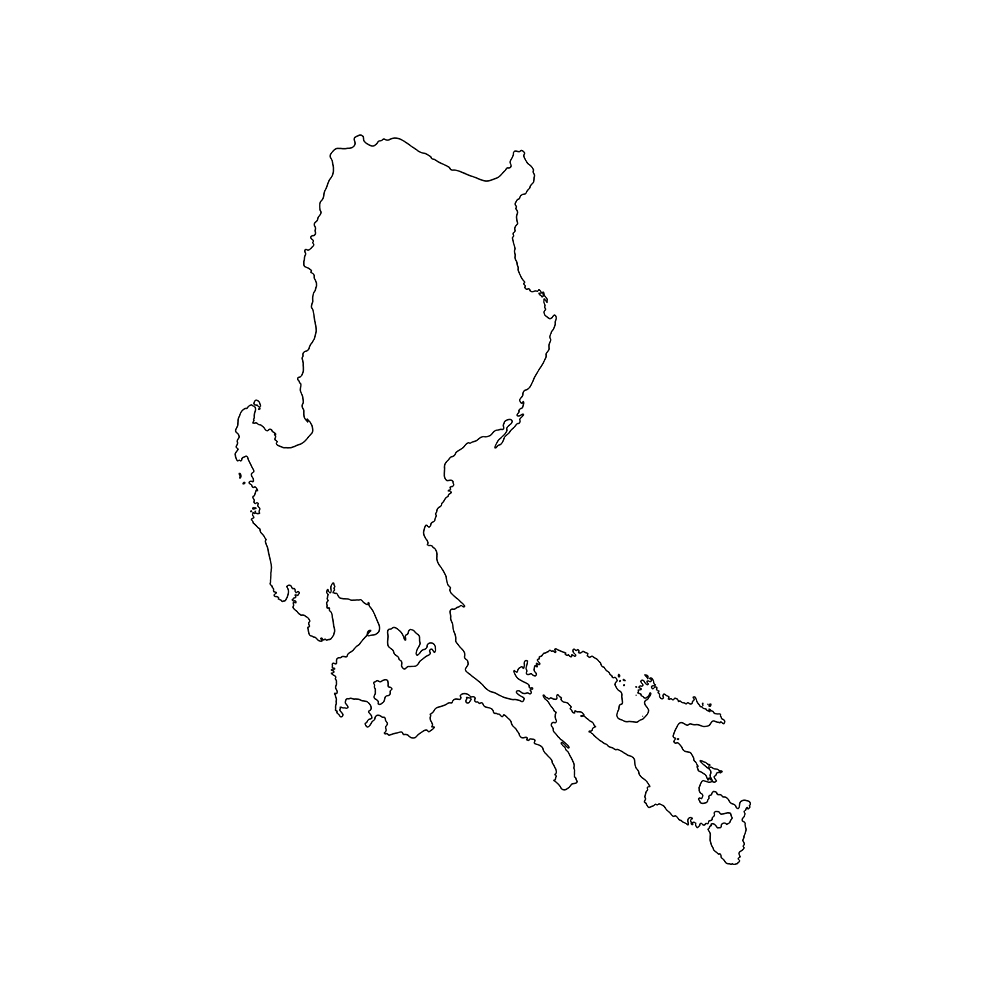 The island of Luzon is the largest of the 7107 Philippine islands, covering 108,200 km2, and ranks 15th in the list of the world’s largest islands. It separates the South China Sea in the west from the Pacific Ocean in the east. About 40 million people live on Luzon. Together with the two archipelagos Visayas and Mindanao to the south and a number of smaller islands, Luzon forms the island state of the Philippines. The north of Luzon is crossed lengthwise by the Cordillera Central mountain range. The highest elevations are around 900 m in the north and 2,700 m in the south. Deep valleys, with very wide valley bottoms, and numerous rivers cut through the mountain ranges. The tropical climate of Luzon is determined by two periods: the rainy season and the dry season. The rainy season usually lasts from June to November. The climate is then extremely humid. In the mountains, the highest rainfall has been measured up to about 1200 mm per day, and the annual average has been calculated at 4600 mm. By comparison, the precipitation in Hamburg is only 750 mm throughout the year. In one year it rains on an average of 177 days. Because the Cordillera Central is reached by tropical trade winds and monsoon winds, typhoons often pass through this area. The vegetation of the highlands is characterised by regional climatic differences and human intervention in nature. Centuries of cultural use of the areas have led to the fact that today there are large areas which are only covered by grass. Luzon, like the southern islands of the Philippines, has been inhabited since time immemorial. Finds of human fossils indicate that the Philippines have been continuously inhabited since the late Middle Palaeolithic. Excavation sites in the Cagayan Valley, located in the north of Luzon, have yielded findings that can be dated back to the earliest history of mankind. The oldest artefacts have been dated to 709,000 years old and were made by Homo erectus. The oldest fossils of anatomically modern man (Homo sapiens) were discovered in 2007 in the Callao Cave in the Sierra Madre and dated to an age of approximately 67,000 years.

Whether the first settlement of the island archipelago took place over land bridges has been highly disputed since the finds in North Luzon. It can be proven that the ancestors of today’s Negritos, who are classified as belonging to the pre-Austronesian population, immigrated to the archipelago via Palawan and the Sulu archipelago about 40,000 years ago. The tribe of the nomadic Aeta is said to have originated from these immigrants. In the period from 6000 to 2500 B.C.E., Austronesian-speaking groups, coming from Taiwan, immigrated to the Philippines and spread further south and east to the islands of the Pacific Ocean and westwards via South East Asia to Madagascar, which they reached about 1500 years ago. They brought with them a hierarchical social system, agriculture with dry farming, a range of farm animals such as pigs, chickens and cattle and certainly cosmological concepts such as the division of the world into planes of existence and corresponding concepts of the afterlife. All indigenous Filipino languages today belong to the western branch of the Malayo-Polynesian subgroup of the Austronesian language family.

In the central mountainous region of Luzon the Igorot are resident. The term Igorot is an ethnic collective term for a number of ethnic groups. The word is derived from golot, which means mountain or mountain range in the Tagalog languages. Igolot, “people of the mountain”, became Igorot. The term is applied to about 1.5 million people, some of whom live in the wooded lowlands, but most of whom live in the higher grasslands and pine forests of Luzon in subsistence farming from dry farming. The names Cordillerano or Cordilleran are also used for the mountain dwellers of Luzon, as the name Igorot is perceived as discriminatory, especially by the Kalinga and Ifugao. The Igorot belong culturally to the Austronesian cultural level of the Indo-Malayan Archipelago (as do the Batak, Toraja, Niha, Dayak etc. in Indonesia).The common language and official language is Ilocano, the language of the coastal inhabitants and the traders in the mountainous region, or English, which was taught as a common language in schools under the American government and now serves as the lingua franca. The languages of the Igorot groups belong to the Northern Luzon subgroup of the Philippine languages, which in turn belong to the Austronesian, Malayo-Polynesian language family. The Igorot themselves sometimes refer to themselves as Ifigao or Ipugao (in their language also mountain people are important). The Igorot can be divided into two different economic groups. The larger group lives in the southern, central and western areas of Luzon and specialises in terrace farming. The landscape of Luzon, which has been transformed over the centuries into a structured cultural landscape, is spectacular; the terraced fields of the Igorot have recently been declared a UNESCO World Heritage Site and are part of every travel guide.

The Igorot are divided into nine different ethnolinguistic groups: Bontok, Ibaloi, lfugao, Isneg, Kankanaey, Kalinga, Tinggian, Gaddang and Ilongot. Today the Igorot area is divided into the six provinces of Abra, Apayao, Benguet, Ifugao, Kalinga and Mountain Province and the independent city of Baguio. However, the Igorot, as a consistently rural society, live predominantly in villages of up to 1000 inhabitants. They practice agriculture, i.e. mainly arable farming (rice and sweet potatoes), but also livestock farming (water buffalo, pigs, dogs and chickens). The main foodstuff rice is cultivated on irrigated terraced fields in the southwest and dry farming in the northeast, with this cultivation border running across the Tinggian and Kalinga region. The most outstanding phenomenon in the culture of the southern and central lgorot is the cultivation of rice in irrigated fields, which has undergone an astonishing differentiation, especially among the lfugao. An extremely sophisticated system of terraced buildings and irrigation systems stretches up the often steep mountain slopes. The terrace walls of the lfugao are expected to reach a total length of about 19,000 km. Some of them are up to 15 m high for a field often only 3 m wide. This intensive agriculture and the good supply situation explains the very high and still growing population for mountain tribes. In contrast, the northern and eastern tribes (Isneg and Gaddang) grow (dry) rice on slash-and-burn fields.

Spanish colonial rule on the island, which lasted from 1564-1898 (the end of the Spanish-American War), did not affect the culture of Luzon very much. Thus, the Igorot have preserved some of their animistic religions in addition to Christianity. The Gaddang, for example, are divided into a Christian and an animistic part. Under the American reign a more systematic research of the Igorot and their culture began, which was reflected in a number of publications by ethnologists and missionaries, some of which described the different ethnic groups and their cultural characteristics in great detail. 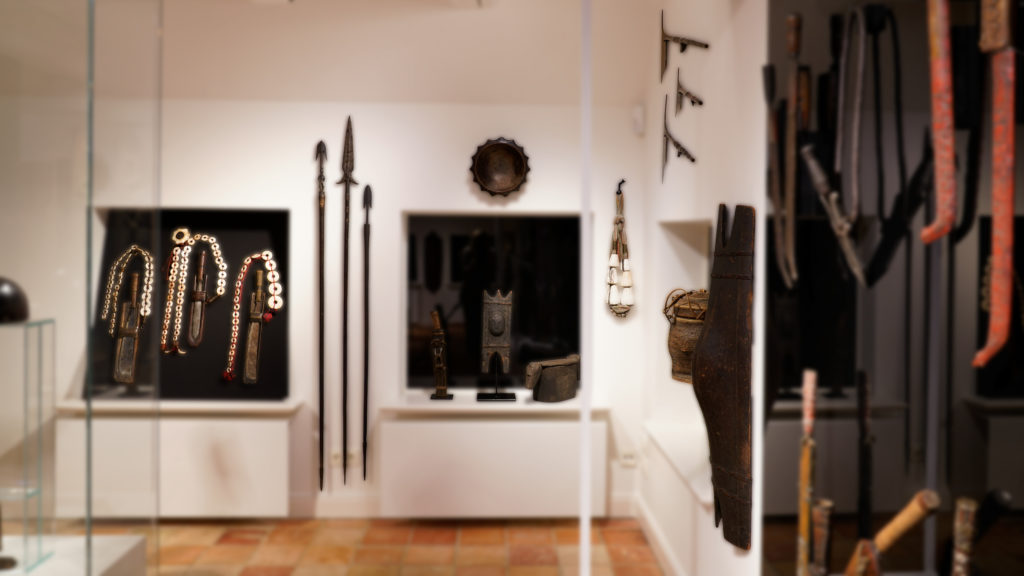 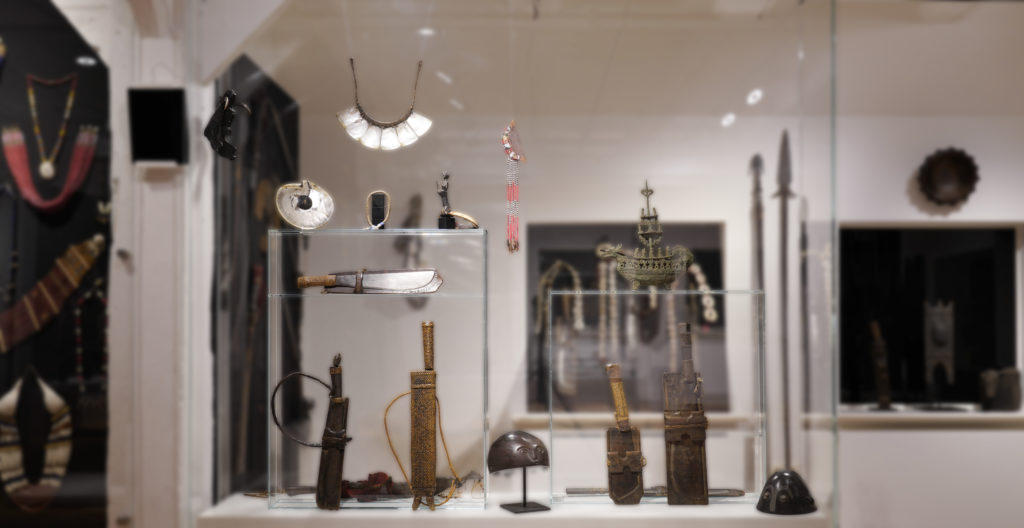